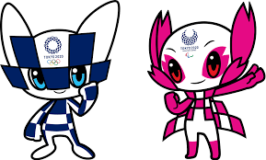 The 2020 summer Olympic commonly known as Tokyo Olympic 2020 and officially known as Games of the XXXII Olympiad. The Tokyo Olympic 2020 will be hosted by Japan as its name suggest 2020 it was originally scheduled to take place from 24th July to 9th August 2020 in Japan’s capital Tokyo. Japan was going to host summer edition Olympic for the second time. The country was fully prepared with their innovative technology and deluxe hospitality. The Organiser of Olympic 2020 stated that “The most innovative Olympic ever organized and will rest on three fundamental principles to transform the World.

The 125th IOC session in Buenos Aries, Argentina Tokyo got selected as the host city where summer Olympic 2020 will be held. This Olympic was approved by the IOC (International Olympic Committee) on 9th June 2017. The president of IOC Thomas Bach stated that the goal of the Tokyo Olympic 2020 is to make people more youthful and Urban and to increase the women’s participation.

How Much Tokyo Was Prepared

The Tokyo Government allotted a fund of 3.67 billion USD for the Olympic game. Making it a big concern Japanese government and private investors are taking risks and investing a huge amount of money in it because hosting this big event may bring a positive impact on the economy for the progress of a country. They estimated to have 20 million foreign visitors.

The preparation was on its high from introducing new sports to recyclable medals. The summer edition Olympic was going to be very innovative and futuristic. Their preparation was so rampant that the air authority of Japan eased the restriction to both Haneda and Narita airports making a bigger slot capacity for the traveler. The government also introduced a new railway line to link directly both airports and Tokyo station by cutting travel time from 30 to 18 minutes and major expressways were got refurbished and extended. The Tokyo Olympic 2020 includes 339 events in 39 sports along with 5 new sports that are introduced in this Olympics.

Here I have mentioned some of the most popular innovations and preparation made by the Japanese Olympic Authority.

The opening ceremony is the first and last impression of the beginning of a game and Japan had understood it well therefore it prepared itself with great fireworks. As Japan has major fireworks company so they are showcasing their fireworks in Olympic 2020 and competing with each other.

Japan is the most advanced country in technology in the world hence the humanoid robots can be the major attraction for people attending the Olympic game. The Japanese technology company will go to showcase their advanced robots, this will also help them to advertise their innovation to the world. These Robots will serve their service to the customer. 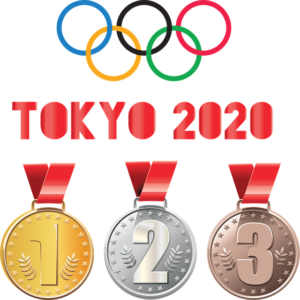 You may have heard about this the Japanese Olympic authority, Japan Environmental Sanitation Centre and NTT (Nippon Telegraph and Telephone) collaborated and designed and manufactured a new type of medal that was made from recyclable electronic waste. As an environmental program, an initiative program was organized by the collaboration receives a donation from the public such as electronic devices such as cellophane, electronic chips, etc. And recycle them to form the medal. The program was also appreciated by the international organization.

Cancelation or Postponement of Olympic 2020

As you know the world is facing coronavirus (Chinese Virus) formally known as COVID-19 outbreak causing a global recession, infecting millions killing thousands of people. The WHO declared coronavirus as Pandemic, as coronavirus becomes disastrous to us many sports federation and athletes called for the Olympic game to be delayed. The game was never postponed but has been canceled due to WW1 and WW2. It was the first time the game will get postponed to the next year 2021. To reduce the community spread The IOC and Tokyo Olympic Authority jointly released a statement station that “To safeguard the health of the athletes, everybody involved in the Olympic games and the international community”. You may be wondering about what happened to the flame, don’t worry the Tokyo Olympic authority said that the Olympic flame after being lit in Greece has been reached in Japan and will remain in Japan until the postponed game is held.

KNOW-How too Much Screen Time Affects Your Health

Harmful Effects of Too Much Screen Time

Finally, I hope you have perceived information about the Tokyo Olympic 2020 from Japan’s arrangement to Cancelation or Postponement of Olympic 2020.