In this article, you will get information about WhatsApp Group Call, iPhone 12 Leaked, Samsung Fold 2 Leak, PubG Mobile, MIUI 12, Oppo New Series. So if you want to know about this technical news then you should read this article till the end. I hope this article will be helpful to you. 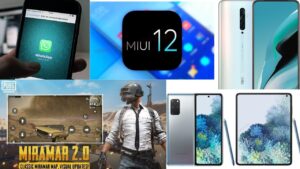 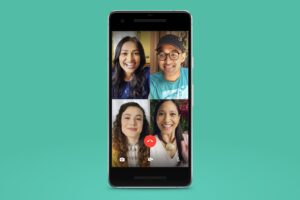 Now, this is available in the beta version. But it will be stable very soon.

Here very interesting news is coming from Apple. Some specs of the iPhone 12 are leaked. Apple will launch four iPhones this year. This information is coming from a LoveToDream tipster.

I’ve said before that future iphones will have hidden receivers pic.twitter.com/WQAleSu5Ib

In iPhone 12 you will get an A14 chipset based on 5nm. And you will get 5G support in all smartphones. You will get a 120hz display with type C port. We will get support for reverse charging.

On these smartphones, we will get one iPhone 12 Lite. And the price of this smartphone will be around 50K.

(based on display specs from @DSCCRoss) pic.twitter.com/qqueu9ksWA

As you can see the size of the front display after folding the smartphone is 6.2 inches. This is very large. And we will get a selfie camera in the front. And when you open it then the screen size will be 7.6 inches.

And on the back of the smartphone, we will get four camera setups. This design of Samsung Galaxy Fold 2 is very impressive. It is looking very cool.

(render based on latest leaks) pic.twitter.com/TK8Ex9XvYU

The very interesting news is coming from Samsung newsroom that they will launch a smartphone with 600 Megapixels camera. The human eye’s megapixel is 576 megapixels. It means this camera will be more than our eyes.

Here a piece of news from PubG mobile is coming. We will get an updated 0.18.0 version on 24th April. The file size of this update will be more than 2GB. This news is not official. This is only a leak.

The official launch date of MIUI 12 is 27th April. And from September this MIUI 12 will be available for all smartphones. And we will get to many features in this update. You will get pixel-level dark mode. And you can change the weight of the text.

#miui12
So at least three people have confirmed that this is a real screenshot. Now I am calm and waiting for new information ?? https://t.co/QQRSaaR4mB

On the same day, MI10 5G Lite launched in Europe around 30K is going in China as MI10 Lite 5G Youth Edition. And this will be the first smartphone with MIUI 12.

OPPO filed some new trademarks for OPPO M, OPPO U, and OPPO N. Mukul Sharma tweeted about this.

We don’t know more about these smartphones like specs, price, etc. But OPPO is working on a new smartphone series.

Here a piece of news is coming from Redmi. The successor of Redmi K30 is launching soon in China as Redmi K40. And in this smartphone, the processor may be Mediatek.